Wet, cold, and extremely muddy – as if this crazy Covid-19 season did not have enough challenges for racing to get traction, the 2020 World Championships in Leogang, Austria became the extreme proving grounds for riders and their components.

Out of all the riders on the Special Edition Gold DH-R EVO, David Trummer in the elite men and young Oisin O’Callaghan in the junior category made the most out of their skills and luck. David winning Silver and Oisin taking the rainbow striped jersey in his first ever World Championships. Both are racing for The YT Mob. 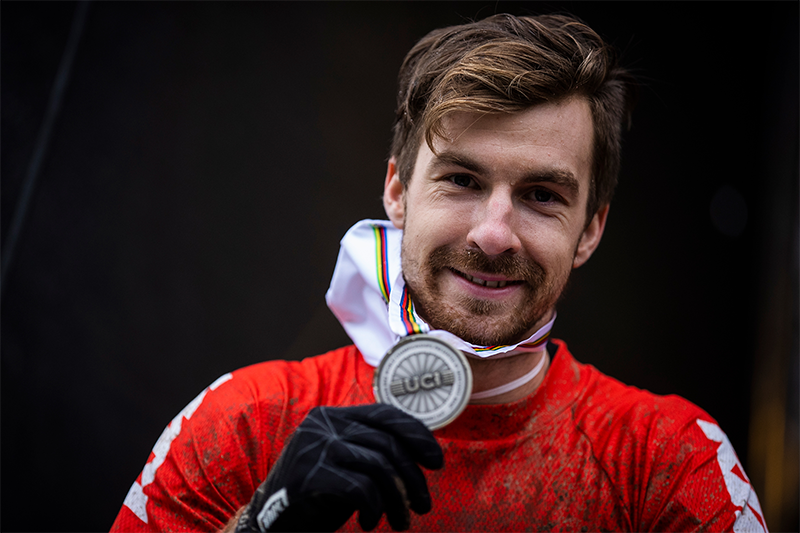 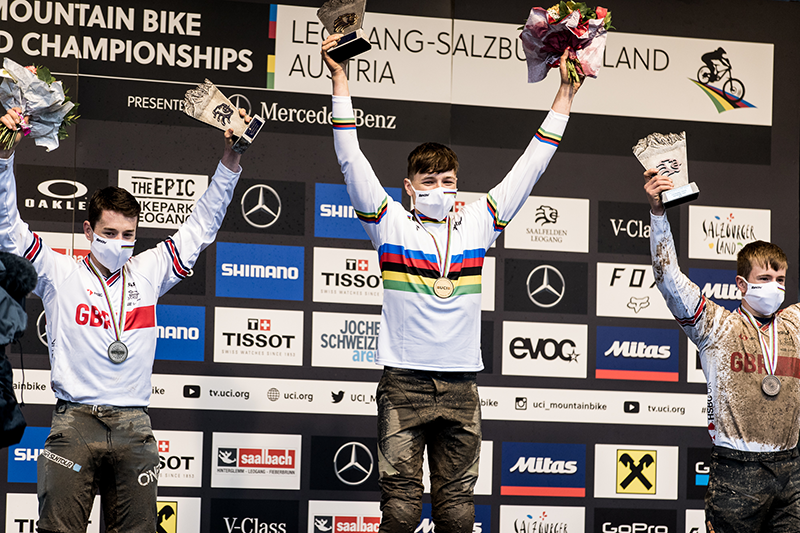 “This weekend was brutal for all: riders, mechanics, bikes and parts. Our brakes and drivetrains were put though the best product testing you could ask for, just not the fair conditions you would hope for a world championship weekend. From sunny warm wet weather followed by freezing snowy weather, it turned slippery trails into sticky modeling clay. Setting up bikes, suspension, tires and braking was stressful for everyone. It was a great litmus test for TRP products, and we are happy and proud about David’s and Oisin’s success. Still great racing all around, which will go down in history”, was Colin’s summary of the epic worlds weekend. (TRP R&D test engineer at site)

Keeping with the success of Worlds, the party rolled onto Maribor, Slovenia for a true double header of racing which continued the success for TRP Elite Athletes racing on the DH-R EVO brakes.

Defying the poor weather in the first round, Marine Cabirou took the top podium spot by over 6 seconds in the Elite Women’s division along with another fierce victory by Oisin O’Callaghan. With track conditions deteriorated from constant rain, riders demanded more than they ever have from their equipment which proved victorious for those on TRP. 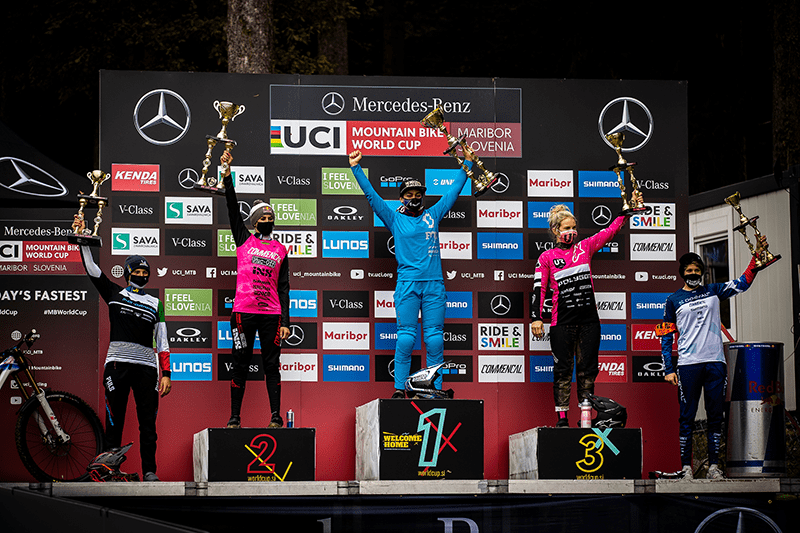 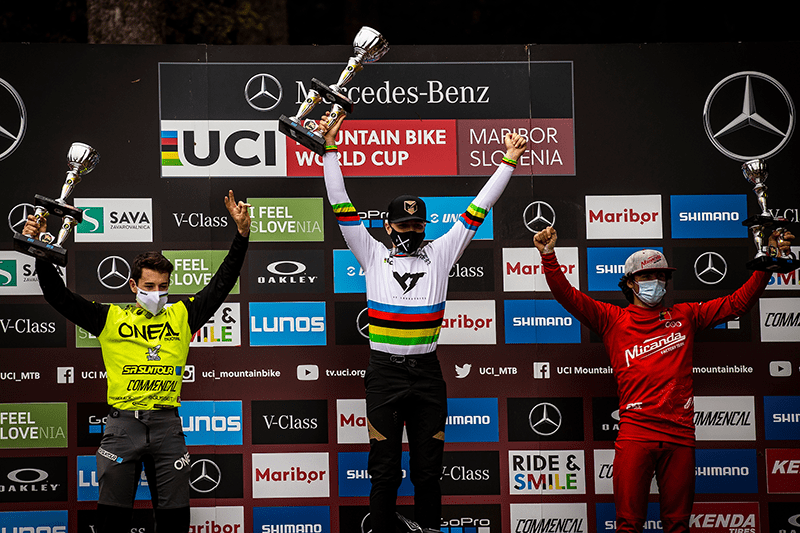 Fresh off the victories of World Cup #1, the skies parted, and the track was changed over allowing riders to unleash their speed once again. That speed came in the form of yet another 1st place for Oisin O’Callaghan and a 2nd for Marine Cabirou, cementing their dominance on the 2020 season thus far and proving our components at the highest levels of the sport. 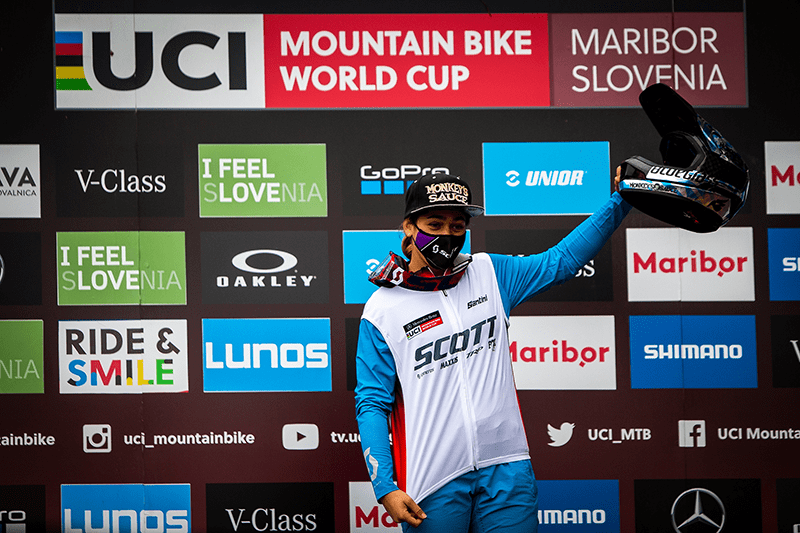 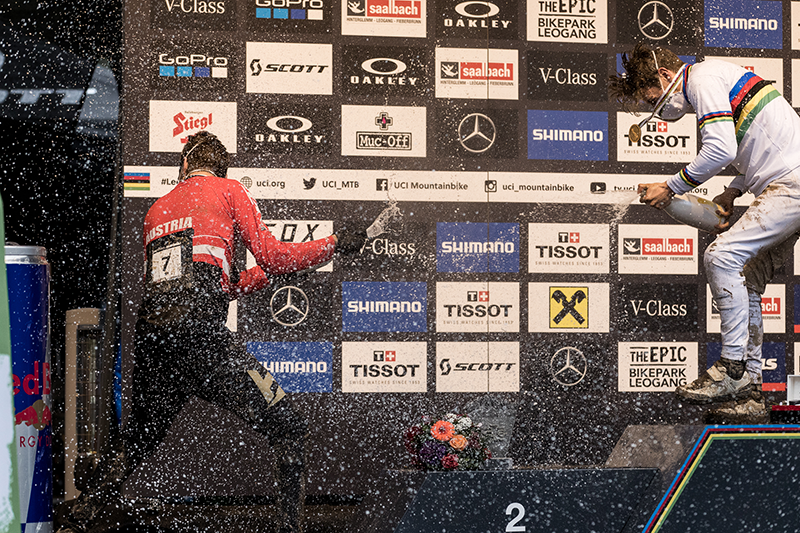